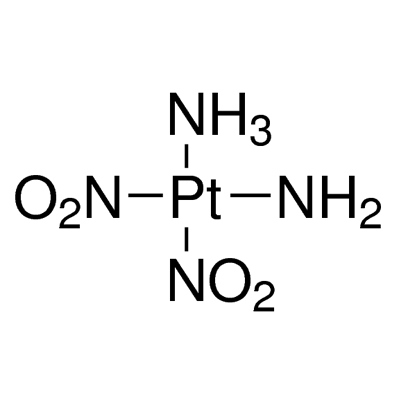 Dinitrosodiammine platinum [Pt(NH3)2(NO2)2], commonly known as P salt, is mainly used for platinum plating in non-cyanide electroplating. The resulting coating has high hardness and low resistance, and can be welded; the surface of electronic components is plated with platinum .

1. Commonly used reagents for platinum plating in cyanide-free electroplating, the resulting coating has high hardness, low resistance, and can be welded;

2. Used for platinum plating on the surface of electronic components;

3. Corresponding P salt crystals can be obtained by crystallization of the product.

Weigh 195g of metallic platinum, wash it and put it into a beaker, add an appropriate amount of aqua regia, heat it appropriately to start the reaction, and it is better to make the solution bubble evenly for the reaction. The reaction was stopped by adding hydrochloric acid to drive nitrate until brown gas no longer came out, then transferred to a rotary evaporator, concentrated to anhydrous and steamed out, transferred to a beaker and added an appropriate amount of water to prepare a chloroplatinic acid solution with a concentration of 200g/L. Weigh 52.5 g of hydrazine hydrochloride, prepare a 35% deionized aqueous solution, and add it dropwise to the above chloroplatinic acid solution to obtain a scarlet chloroplatinic acid solution. After heating the chloroplatinic acid solution to boiling, add boiling 10 times the molar amount of ammonia, heating until the final solution is colorless, and evaporate and concentrate to precipitate 345.2 g of white dichlorotetraammine platinum. Add 3L of hot deionized water, and then add a saturated solution containing 204g of sodium nitrite. The mixture is heated on a water bath until the yellow precipitate turns into colorless, cooled and crystallized, filtered and recrystallized with hot water to obtain 256g of P salt, with a yield of 80.1 %. Dinitrosodiammine platinum (P salt) [Pt(NH3)2(NO2)2] prepared by this method was tested by ICP, the platinum content was 59.7±0.2%, the sodium ion was 15ppm, the potassium ion was not detected, and the chlorine The ion is 10ppm, and the total content of other metal ions does not exceed 50ppm. 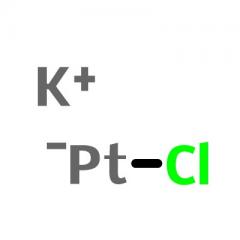 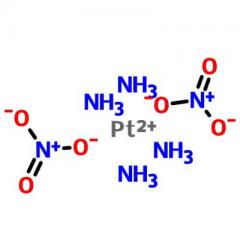 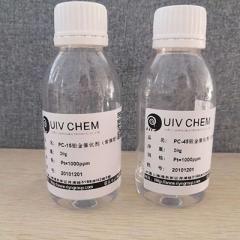 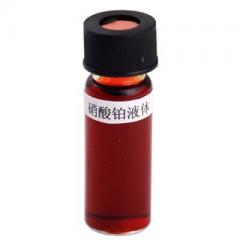